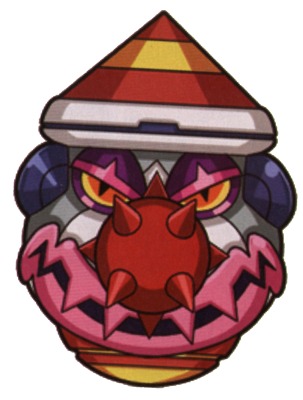 SKILLS AND ATTACKS: His nose is a versatile weapon.

STRENGTHS: His nose is extemely spikey.

BACKGROUND: When the Shake King attacked the Shake dimention, he set up a base known as Glittertown on the Rocking Range. There, he set up Chortlebot, a robot that looks like a disembodied clown head. Obviously, Wario came in and broke it. Now children everywhere are happy that their TV screen doesn't have a creepy floating clown head robot on it.