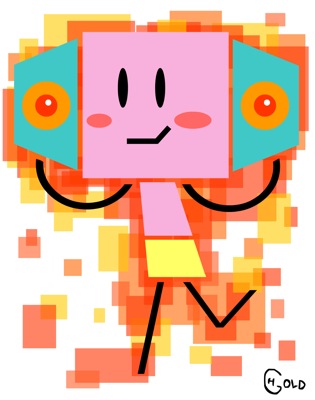 STRENGTHS: It has the weapon on both sides of it's head, so it can attack at any direction whitout turning around.

BACKGROUND: Beepboxers are a sub-species of Boomboxers. Their heads are shaped like radios or boomboxes. Beepboxers first appear on Planet Blobule, which may show that they are actually alien species hailing from Outer Space. They can also be found at the Overthere Stair and in the Flipside Pit of 100 Trials.
Beepboxers like loud music and they attack by shooting sound waves at enemies. They can get really upset when people interrupt or disturb them when they listen to music. The thing that annoys Beepboxers the most is an explosion; this will also stun it for a while.