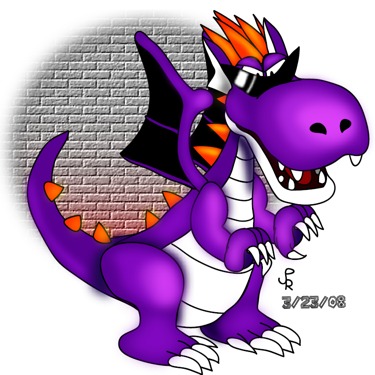 BACKGROUND: Boshumutt was an enemy that was cut from the final version of Super Mario RPG. It is a blue Bahamutt that dwells in Bowser's Keep. Strangely, it has half the HP of Bahamutt, but similar attacks. It has an electric attack, as well as a fire attack, so it is more skilled in magic than its red cousin. Boshi probably shares his name with Boshumutt because of the blue color and sunglasses.