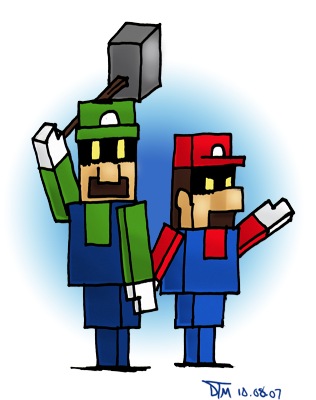 STRENGTHS: There's two of them - L can heal M if he's down.

WEAKNESSES: L is cowardly and runs away from battle often.

BACKGROUND: When Mario and Luigi entered Bowser's brain bank expecting a good old hour of adventuring they ran in to Bowser's memory manager. The manager analyzed the brothers and called them a threat. In an attempt to defend the Memory Bank the it cloned itself into two fake versions of the bros. that spoke like zombies!