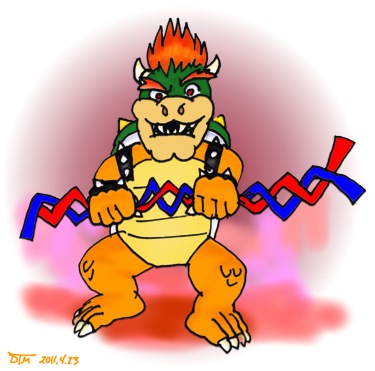 STRENGTHS: Lots of HP, power, defense, speed, and his attacks are much harder to dodge.

BACKGROUND: Deep within Bowser's body is a colosseum called the challenge node where the Mario Brothers could fight strong foes created from their memories. Bowser X was the last memory. Although he is more powerful than the original Bowser he still has the same weaknesses like the original, which is almost every attack the Mario Bros. have! Even though Bowser X is stronger, he is jealous of his brother Bowser because Bowser is trying to save the Mushroom Kingdom from Fawful's wrath!