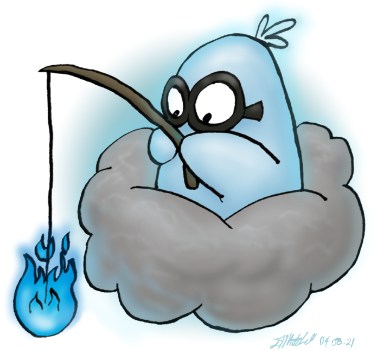 STRENGTHS: They float and go through walls - also immortal.

BACKGROUND: First appearing in Mario World, Fishing Boo appears to be a dead Lakitu. Because of the white sheet on its head, it also has some resemblance to Duplighost, but it's hard to say if it's related. It spends most of its time fishing, using an apparently early version of the fireball (Super Mario RPG), what it aims to do with the Fireball is unclear, as living things don't normally eat fire (although Czar dragon might be able to try).