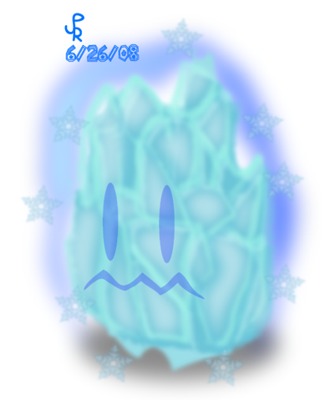 STRENGTHS: Kills or freezes on contact (depending on game).

BACKGROUND: In Mario's first plumbing adventure, Freezies simply moved across the level, occasionally coming to rest on a platform. That platform would then be frozen, making it slippery and sometimes causing dangerous icicles to drop. However, a Freezie instantly dies after freezing a platform.
Freezies have made reapparances as an item in the Smash Bros competitions. In these games, the Freezies simply slide across the stage until picked up by a character. They can then be thrown at other characters, and on contact they will freeze the target temporarily
Despite being one of Mario's oldest enemies, Freezies have not reappeared as actual enemies in his adventures. Maybe Bowser doesn't like them!