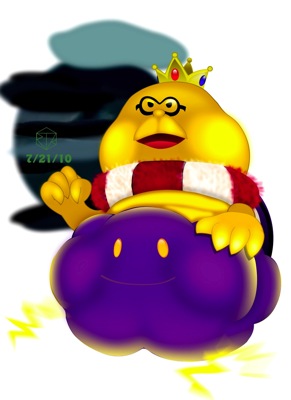 STRENGTHS: Can keep away from his enemies.

BACKGROUND: King Lakitu is the ruler of all Lakitus. He has the ability to create thunder bolts and as always he can throw Spineys. He can be told apart from other Lakitu's by his stormy cloud and big, red crown.