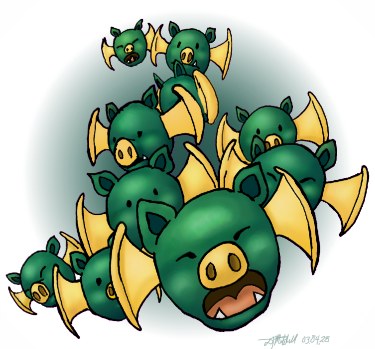 BACKGROUND: Gorgons are believed to be the ghostly remains of Enigmas that were trapped in Jonathan Jones' ship when it sank. Like Enigmas, they are made up of many smaller monsters and they have powerful magical abilities. Gorgons are green instead of the usual pink colour of Enigmas.
While Gorgons are thought to be undead, they are not affected by Pure Water like other undead creatures. They are wild but seem to live in harmony with Jonathan Jones and his crew.