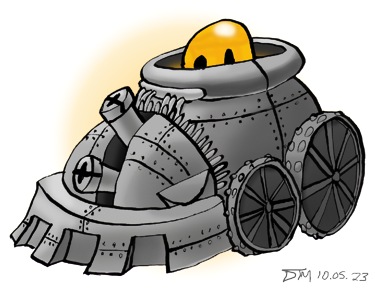 BACKGROUND: Gunyolk was a massive gun designed by Smithy's Factory Chief. Strangely, it contained a sentient, slimy substance that resembled an egg yolk - hence the name. The yolk appeared to be the "brain" of the gun. Gun Yolk featured some pretty dangerous attacks, most notably the Breaker Beam. It was destroyed by Mario's team of adventurers.