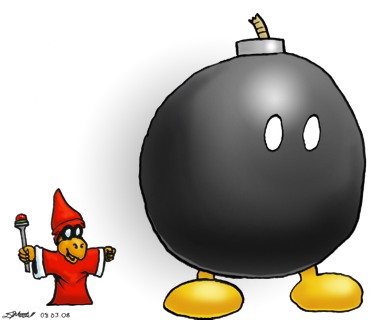 BACKGROUND: King Bomb was one of three monsters that a Magikoopa guarding Bowser's Keep used to defend himself against Mario and friends. The huge bomb is essentially a more powerful Mezzo Bomb.
In spite of it's name, King Bomb is not the same as King Bob-omb: it doesn't share his intelligence or his obsession with mustaches.