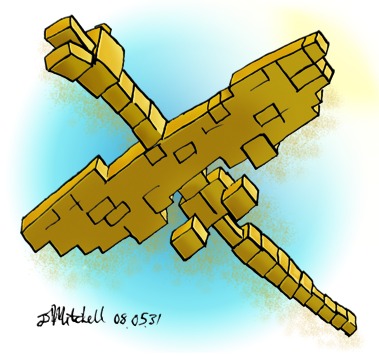 SKILLS AND ATTACKS: It can fly.

STRENGTHS: Unlike most sand blocks, the Sandbird does not crumble under Mario.

BACKGROUND: The Legendary Sandbird is first seen as a giant egg in Gelato Beach. However, its growth was stunted by the Wiggler that slept on top of the device that absorbed sunlight to incubate the egg. After returning the mirrors to their normal positions and knocking off and defeating Wiggler, the Sandbird was born.
It was a massive formation of sand blocks that formed a mystical bird with huge wings and a long tail. It held 8 red coins and a Shine Sprite for Mario.