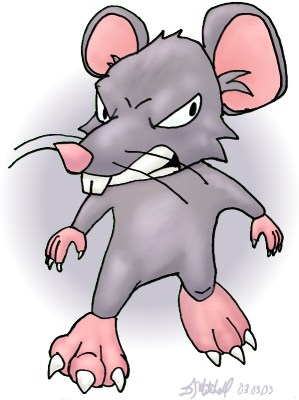 BACKGROUND: Macro Mouse is one of the monsters Wario assigned to guard one of the six golden coins opening the gate to Mario's (ahem) castle. (See my question in Wario's bio.) He was easily defeated by Mario, and he was never heard from again.

EVOLUTION: This character Has appeared in only 2 Mario games that I know of (not including Super Mario Advance 3 which is just a copy) In both Paper Mario and Yoshi's Island They appear practically the same, the only difference is that they are more detailed and more cartoon-like in Paper Mario.