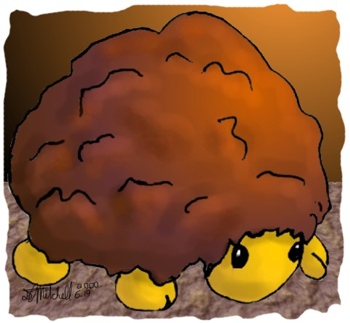 BACKGROUND: Magmites are strange creatures - half insect and half rock, their closest relative in the Mushroom Kingdom is Buzzy Beetle, but the two species are too far apart to be considered close relatives.
Magmites are mostly known for inhabiting the mines around Moleville. They aren't malicious, but can be dangerous if provoked. They usually feed on rocks, but sometimes eat insects or rodents that enter the mines.
These animals have no affiliations; they are wild.