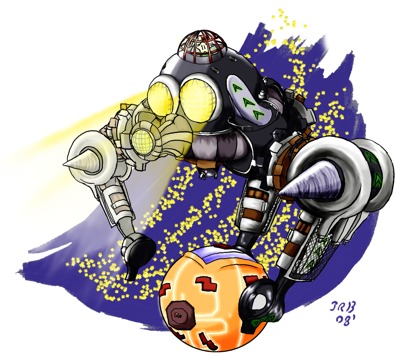 STRENGTHS: It's HUGE! This giant robot is lined with cannons.

WEAKNESSES: Its light on its head.

BACKGROUND: Megaleg is a giant three-legged robot created by Bowser's minions. Its body is basically its own scalable level, with obstacles and enemies scaling it. It shoots Bullet Bills from cannons on its legs, head, and underbelly. A warning light on its head holds a Grand Star, which powers it.