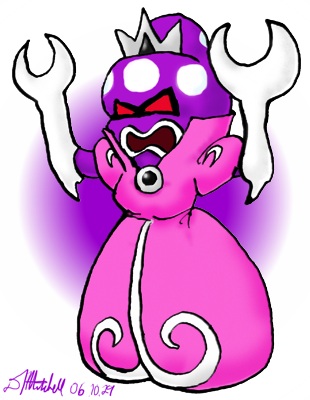 STRENGTHS: She has a force field.

BACKGROUND: The mysterious Shroob empire has set its sights on the Mushroom Kingdom. Princess Shroob is their mysterious leader who captured Peach shortly after E. Gadd's time machine arrives in the past. She also has vast number of loyal followers and is rarely seen without them. What does this alien Shroob really want? And what does she plan to do with our Princess?