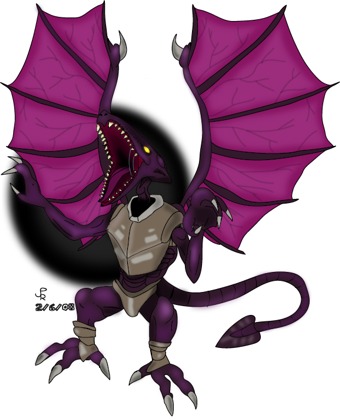 STRENGTHS: Flies so he must be damaged by air attacks.

BACKGROUND: Ridley was widely presumed to be the leader of the Space Pirates, a group of baddies in the Metroid series. It is thought, though disputed as well, that Ridley is also a species, not just one monster, which would explain his many deaths.
In his first appearance with the Mario cast, he appears as a boss in The Subspace Emissary. After completing the game, he can be challenged over and over again with any character in the Research Facility area.