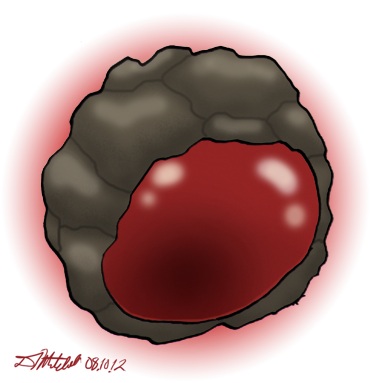 SKILLS AND ATTACKS: Bowling over people.

WEAKNESSES: The red spot in its core, cliffs.

BACKGROUND: The giant boulder isn't your ordinary boulder. They reside in the Dusty Dune, Freezeflame, Honeyhive, and Gold Leaf Galaxies. They are giant rolling geodes that move on a set course, usually in a ring or off a cliff. Mario found that some of the rocks hold Star Bits, but after he released all of them, he just destroyed them for kicks. The rocks on Freezy Peak got in Mario's way, though, so he had to step aside to let them pass.