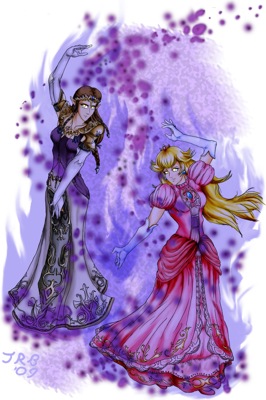 STRENGTHS: The second fight has you fighting both at once.

WEAKNESSES: They're kind of light.

BACKGROUND: When Peach and Zelda were captured, Tabuu had shadow bugs copy their forms, forming purple colored clones of Zelda and Peach. Once the princesses were rescued, the Subspace Army were unable to make more.