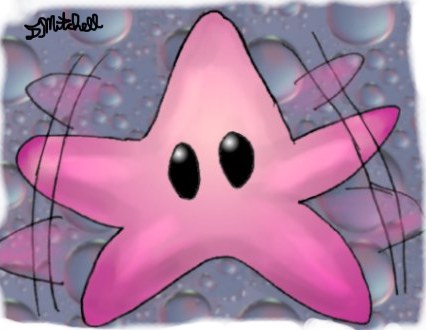 BACKGROUND: Starslap looks similar to a starman, but it is not friendly. The pink-purple creature is violent and can be dangerous.
Starslaps are quite intelligent, and often try to hide at the bottom of lakes, then leap out to attack anyone entering their territory.
Some suggest that, like K-9, this creature may have been introduced to the by Smithy. They appeared around the same time as him, and disappeared shortly after. Even so, no clear ties to Smithy were made during that invasion, so this has not been declared an official affiliation.