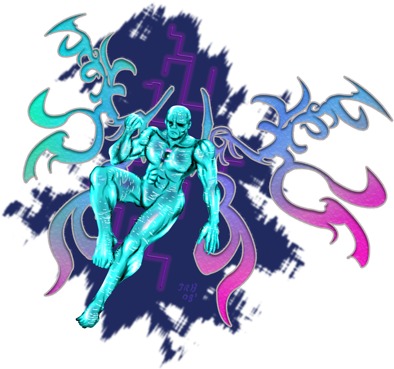 STRENGTHS: Can teleport, has high HP and offense.

WEAKNESSES: Can get caught by a trophy stand.

BACKGROUND: Tabuu is the final boss in the Subspace Emissary Adventure Mode in Super Smash Bros Brawl. Not much is known about him, except he turned all the Smash characters into trophies and had conrol over the Master Hand, the main villain in the first two Super Smash Brothers games. He can also grow rainbow colored wings, seemingly at will.
He was shown becoming surrounded by the areas he had drawn into Subspace with the Subspace bombs. In the end, he was ultimately defeated by the Smash gang. He was destroyed as all the Subspace vanished and the world returned to the way it once was.