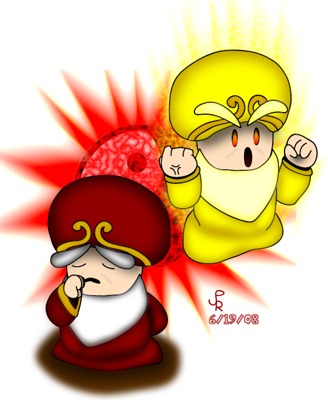 BACKGROUND: The Master is a powerful martial artist and the resident teacher of the Toad Town Dojo. If you can defeat his students Lee and Chan, you will have the opportunity to challenge the Master himself in battle.
It is said thatMario can fought the Master three times. However, each time Mario won the battle, the next fight became even harder. By the third battle, The Master was surrounded by a yellow fiery glow. Upon his defeat, he gave Mario the Diploma. In his final form, the Master is actually stronger than the final boss.