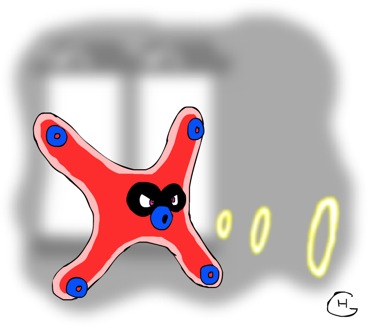 STRENGTHS: Can immobilize you.

WEAKNESSES: Barrier is easier to break.

BACKGROUND: After the failure of the first Yux, the X-Nauts decided to build two others: the X-Yux and the Z-Yux. The red-colored X-Yux has the ability to immobilize intruders. However, one was created, and Grodus liked that one so much he made it a guard to protect his own room. Like Yux, it can also spawn its own Mini-Yux.