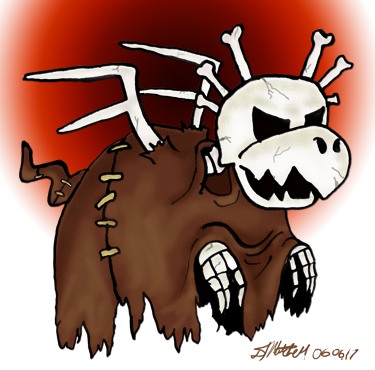 BACKGROUND: Zombone was the resurrected remains of Czar Dragon, a dragon born from the fires of Barrel Volcano. The undead Zombone was more powerful than Czar Dragon, and had some extra abilities, but Mario and his friends were able to beat it.
Zomebone was all bones and wore a brown cloak similar to the Grim Reaper. An expedition was led to try and recover Zombone's remains recently, but none could be found, they were presumably destroyed in the lava.