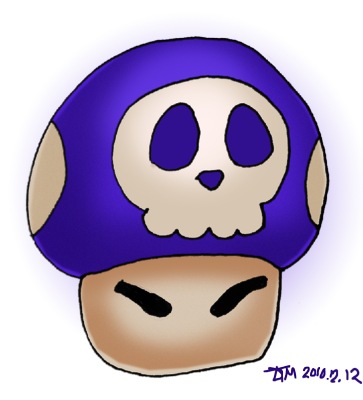 BACKGROUND: Poison Mushrooms are generally wild but many were placed in question blocks by the Koopa Troop to try to fool Mario and Luigi. Luckily Poisonous Mushrooms can normally be distinguished from other kinds of mushrooms by their dark purple or blue colouring.
Poison Mushrooms are just as dangerous as any monster and can not be destroyed by most normal means. In spite of their versatility they haven't been used often.