This page gives you a sample of the content included in each of the site's monster pages and info on how we come up with our data. 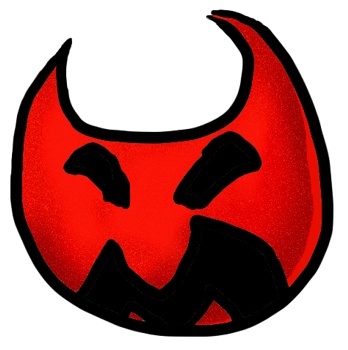 AUTHOR: The name of the original author of the monster page. It may also include a link to a list of other people who have revised the page.

GAMES: A list of games the monster is in.

TYPE: The monster's "species"...includes human, fungus, turtle, etc...some enemies are difficult to classify, and may have more htan one type, or a generic type such as "monster".

AFFILIATIONS: Groups such as clubs, kingdoms or armies that the character might be affiliated with. For example the Koopa Troop is Bowser's army.

CLOSE RELATIVES: Enemies that are relatives of the monster, this can include blood relatives, or relatives in the same sense as Golden Retrievers and Wolves are relatives. If the character has a lot of potential relatives, this is restricted to the closest ones.

SKILLS AND ATTACKS: A list of special abilities the enemy has, such as magic spells they know or unique attacks they commonly use.

STRENGTHS: Any strong points, such as special defensive capabilities or an abnormally high level of strength.

WEAKNESSES: Weak points that you can exploit to defeat the enemy, such as a weakness towards a particular type of magic.

BACKGROUND: The story behind the monster. What it's function is, who it works for, what it does, what it looks like. This information often has to be made up, unless the character is well-known in the Mario universe. Someone like Bowser has enough real background information that we don't have to embellish. A character that has only appeared in one game, on the other hand, is hard to write up without using some imagination.

EVOLUTION: How the monster has changed over the years in appearance, skill, etc. This section only appears for enemies that have been in multiple games. The pictures are in thumbnail format for real monsters, so you can get a bigger one. In most cases, evolution only includes the adventure and RPG games, not spin-offs.

QUOTES: Things the monster has said, this info should come from games and other official Nintendo sources only.

STATS AND STRATEGIES: This section contains tips for fighting the monster, broken down by games. It also includes information such as hit points, defensive/offensive power, and items the monster leaves behind, when applicable.
If a monster is very similar in a few games, they may be lumped together.