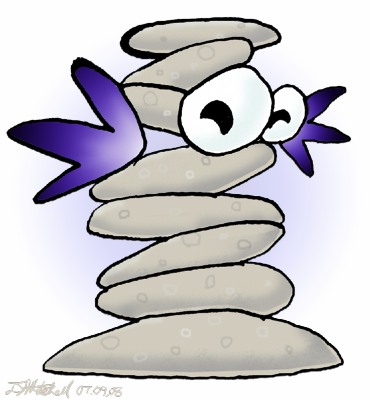 SKILLS AND ATTACKS: Sending you back to Flipside.

WEAKNESSES: Very weak. Only one hit to kill.

BACKGROUND: Back Cursyas are perhaps the most annoying creatures ecountered anywhere. The reason? If you touch one even in the slightest bit, they'll send you right back to Flipside, impeding your progress greatly. It is said they got this ability, perhaps when a returning spell from a Magikoopa ended up hitting them, and it absorbed the spell, and the spell became part of it.
Because of this ability, it is the most annoying common enemy to green-horn adventerers, because they do not know what it can do. In fact, it was voted the title "Most Annoying Monster of the Year," in a local Flipside newspaper.