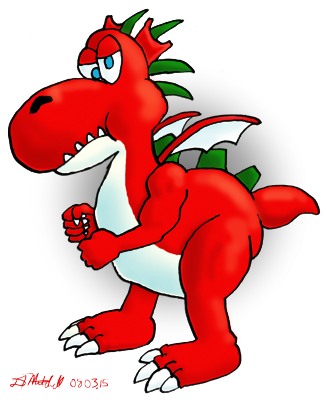 BACKGROUND: Bahamutts are a rare breed of red dragon spotted in Bowser's Keep during Smithy's invasion of the Mushroom World. They are kept both by Magikoopas and Chesters, but as they haven't been seen since Smithy's invasion, it's thought that they were somehow allied to the Smithy Gang.
They're moderately powerful and dangerous: not the meanest dragons in the Mushroom World, but nothing to sneeze at, either.