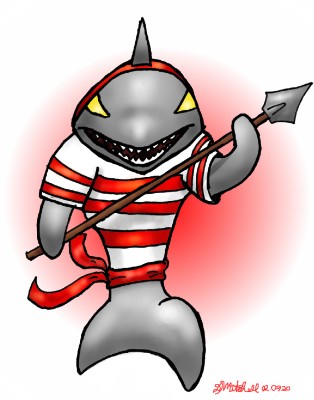 BACKGROUND: Jonathan Jones keeps a crew of pirate sharks by his side at all times. The crew is divided into blue and red teams. These red ones are of the same species as the blue ones, but they are a little weaker than their blue friends.
In general, none of Jonny's boys are very tough on their own, but they usually come in large groups, and they are a bit of a threat then. Bandana Reds aren't the smartest sharks in the sea, sometimes you can trick them out of a fight.