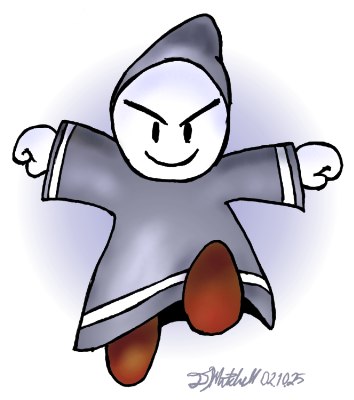 BACKGROUND: These Bandits have little known background behind them, But it appears they have been around for a long time, Since they appeared in Yoshi's island which (in chronological order) was one of the first in the Mario universe.

EVOLUTION: This character first appeared in Yoshi's Island and Paper Mario. They appear practically the same, the only difference is that they are more detailed and more cartoon-like in Paper Mario. They returned in the later Paper Mario games with larger, but still very similar designs.