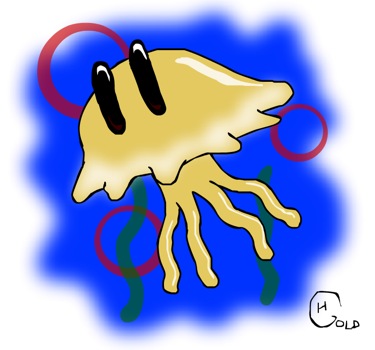 WEAKNESSES: A torpedo, spin attack or thrown koopa shell will eliminate these easily.

BACKGROUND: The Preying Manta, despite the name, is actually a jellyfish! Native to the oceans of Yoshi's Island, these large invertebrates normally mind their own business, aimlessly floating about, but if something swims too close, it will deliver a painful sting. They have recently been discovered in various other aquatic areas.

EVOLUTION: In SMW2, they appear to be similar to real jellyfish only with two large black eyes. In Super Mario Galaxy and its sequel, they are larger, have tiny mouths and thicker tentacles. Additionally, they are also electrified in those games.