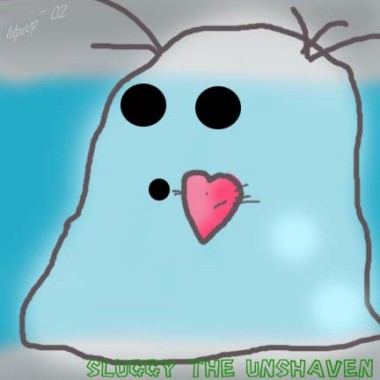 SKILLS AND ATTACKS: No attacks really, just moves to the left until Yoshi falls off the cliff.

STRENGTHS: Has thick, gelatinous skin that repels eggs, but they leave a dent.

BACKGROUND: Sluggy was a normal ceiling blob until Kamek changed him into a boss. Why his name has "unshaven" in it is because he has hair in parts of his body which also includes his heart. He was under the control of Baby Bowser, but after Sluggy's failure he currently has a grudge against Bowser. Unfortunately, Sluggy vanished and hasn't been seen since.