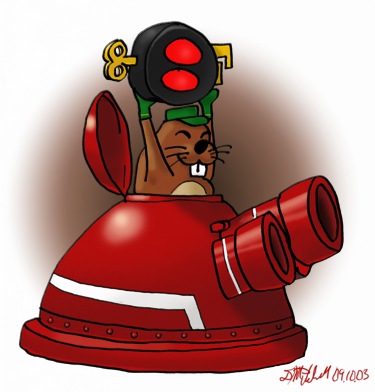 BACKGROUND: Monty Moles had special cannons that aided them in battle. It sometimes acted as a fort if Mario tried to attack Monty Mole with a normal attack. The only problem was, it was weak against the some of the smallest explosions which could damage the fragile parts greatly.