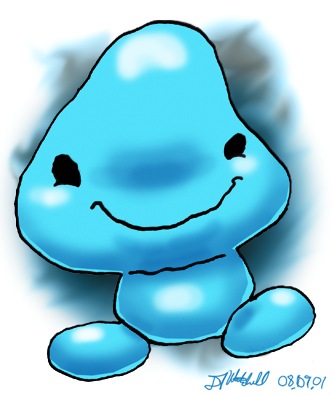 BACKGROUND: Ameboids are strange Alien creatures (That look a lot like blue Goombas) that live in the Smithy Factory. It is unknown whether or not the Ameboid were produced in Smithy's Factory or lived there before Smithy moved in. They could be the result of a failed scientific experiment or they just might be overgrown protozoa.
Ameboids aren't physically strong. However, if they are left alive in battle for a while, they can split into five parts. Due to their slimy bodies, they are strong against jump attacks. They also have some Psychic abilities.