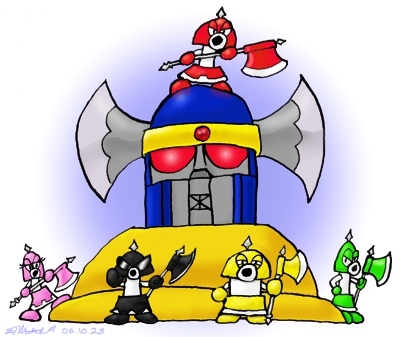 BACKGROUND: The Axem Rangers are a group of fighters working for Smithy. They're mostly concerned with looking cool. When they're down on their luck the go into their signature "Axem Rangers" formation and activate the gigantic robot head on the Blade. The head then fires Breaker Beam attacks until the Rangers' enemies are defeated!
The head itself doesn't seem to have any intelligence, although destroying it was enough to cause the entire Blade to malfunction and start exploding.