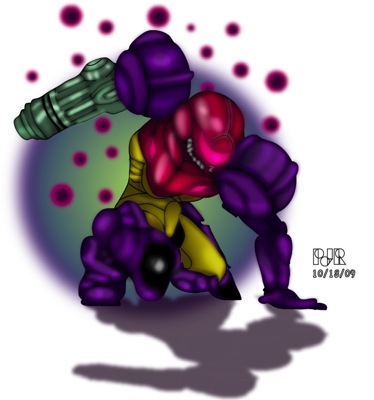 BACKGROUND: On the planet Tallon IV, Samus had just defeated Metroid Prime. However, in a last ditch effort to continue its wretched existence, it absorbed the Phazon in Samus's Chozo made Power Suit, absorbing its form to become Dark Samus. This is a completely different person.
This "Shadow Samus" was created by Tabuu to serve as a guard in his great maze and defeat the trophies that were wont to destroy him. This Samus clone fell and was destroyed. Two other Samus clones were Created from Shadow Bugs to guard Samus's power suit, though these were purple, while the one in the great maze was jet black with a green glow.