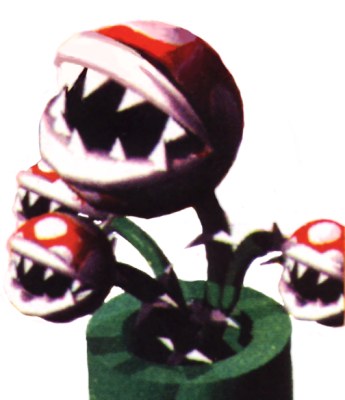 BACKGROUND: Mario and friends came upon this monstrosity raised by one of Valentina's minions. The Shy Away that grew it was a renowned botanist; the Megasmilax was almost ten times the size of an ordinary Smilax and it was capable of casting powerful spells.
Since the creature was defeated, there has been no other Smilax raised that can compete with it. Which is probably just as well, since this monster was pretty dangerous. It fought by transforming it's enemies into mushrooms or scarecrows and then attacking them while they less able to defend themselves.